Although any statistics coming from Tchad are suspect at best. We've seen their sketchy addition skills in official medical reporting meetings. Also of note is that fact that most Tchadians identity cards (for the minority who have them) list their owners' birthday as January 1, typically rounded to the nearest decade. Inordinate numbers of Tchadians are born in the years 1960 and 1970; however, very few Tchadians seem to be born in boring-numbered years, such as 1963 or 1967, etc.

And of course, sometimes rounding to the nearest decade still doesn't suffice. Case in point, a lady who came in last week for sterility. She had never been pregnant. We asked her how old she was. She said she was 18. Her husband confirmed this. We asked her how many years she had been married. She proudly stated she had been married 20 years. Her husband confirmed this as well. However, glancing in her medical carnet, it was noteworthy that she actually knew her birth year. Actual age: 38.

IV antihypertensives.  Medicines that you give through an intravenous catheter to lower the patient’s blood pressure.

Well, maybe not so modern in America.  But seems to be modern to Tchad, in that we haven’t been able to get any in the past 2 years.

It’s not like I wish that I had IV antihypertensives every day, but once in a while I find myself needing it.  And like everything else in Africa….you just learn to deal without.

Improvising.  That’s what we do best here!

When we were in the states for annual leave, we had some nice people mail us a package from Alaska.  In it was all sorts of medicines that had been on our wish list.  One of them was IV antihypertensives.  IV labetalol.

Last week I had a pregnant woman referred to me for swelling in her legs.  We did an ultrasound and found out that she had twins and was approximately 7½ months along.  Swelling can mean nothing, it can mean that you’re just pregnant.  We sometimes see it with high blood pressure in pregnancy, so I decided to keep her over the weekend.  Her blood pressure had been normal.  She had a couple of elevated blood pressures over the weekend, but then was normal again.

I determined that she was a walking time-bomb for preeclampsia.  It was just a matter of time.

Upon deciding that the family could go home the next day if everything was normal, her blood pressures started to be more consistently elevated.

You see, it’s not easy to just go home and come back here in Bere.  Many people live 20 or more kilometers away.  That’s just an easy commute, right?  Well, they walk, ride an ox cart, or ride a motorcycle taxi just to get here over the dusty, rugged, dirt roads.  So it’s not that easy just to go home and come back quickly if there is a problem.

Her name is Odette and she is probably in her early 20’s (no one knows their age here).  She is a beautiful Nangere woman.  She wears simple clothes.  A plain shirt and a wrap around brightly colored african cloth as a skirt.  Her legs are quite noticeably swollen.  Odette is shy and withdrawn like most women here when you first meet her.  Her husband seems quite educated and seems to understand the need for her to stay here in the hospital.  He answers all of the questions I ask her (all of the men answer for the women here).  But still, he seems gentle and not overbearing.  This was her third pregnancy.  She had a set of twins with the first pregnancy; one died at birth.  Her second pregnancy gave her another child that is living.  This was now her third pregnancy.  And with twins again!

With the rise in blood pressures, I decided to inject her with steroids to help mature the babies’ lungs in case we needed to deliver them early.

Sure enough a few days later, I decided to induce her labor.  Odette’s blood pressure had risen to 180/100’s.  Now I needed IV antihypertensives….and I had them!  It was so exciting for me to be able to use it!  And it worked.  Her blood pressure decreased to 150’s/90’s with the new medicines.

We can give oral medicines, but they are more dangerous to give while a woman is in labor because they are less predictable.  If you lower the blood pressure too much, the baby (or babies in this case) doesn’t get as much oxygen and could die.  It can be dangerous for the mom also because of possible excessive blood loss during the delivery.

Her cervix was 2½ cm dilated.  Both babies were head down.  Now for the fun part.  The not so modern part of modern medicine.  Oxytocin via a drip in which you count the drops per minute by hand.  You just try to count 5 drops per minute with a valve that is touchy.  I always start slow here and advance slowly also.  I put one hand on her pregnant belly and kept it there, so that I could count her contractions.  Slowly by slowly after a few hours, she started to get into labor.

Her blood pressure rose again, but thankfully we had our ‘modern medicine’ of IV labetalol to use.

I got called away for another emergency to do a c-section (only the second one all month actually) for a woman bleeding in which the baby was still alive.  The mother did fine, but the baby ended up dying.

Odette then had a postpartum hemorrhage and ended up having a d&c and repair of a cervical laceration.  She is doing fine now though.  Of course she would hemorrhage… it was Lyol’s birthday and I had invited friends at a certain time to come!

Both babies are about 2 kg each.  They are breast feeding well now one day out.  Odette’s blood pressure is still high, but we will now control it with oral medication.

Oh, and…..they have decided to name their new children…..Jamie and Tammy!  (After our dearest friends here who live next to us.)

You will notice on our blog, missionarydoctors.blogspot.com, that we have a link for donations. This is through Adventist Health International’s website. We believe strongly in the mission of AHI. We feel that AHI is an organization worth supporting. By donating through AHI, you can be reassured that there is a strong measure of accountability following your donation. Just mark the donation for ‘Bere.’ And remember that your gift is 100% tax-deductible.

Posted by Life Under the Mango Trees at 3:27 AM No comments:

Posted by Life Under the Mango Trees at 4:07 PM No comments:

Please pray for us as our district medical officer has accused us of killing patients.

Volunteers Welcome!!!
Posted by Life Under the Mango Trees at 12:12 AM 6 comments:

Writings from a 4-year-old boy 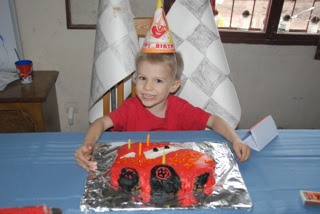 Posted by Life Under the Mango Trees at 1:43 AM No comments:


Posted by Life Under the Mango Trees at 6:11 AM 6 comments:

Posted by Life Under the Mango Trees at 11:43 PM No comments:


Posted by Life Under the Mango Trees at 5:11 AM 3 comments: